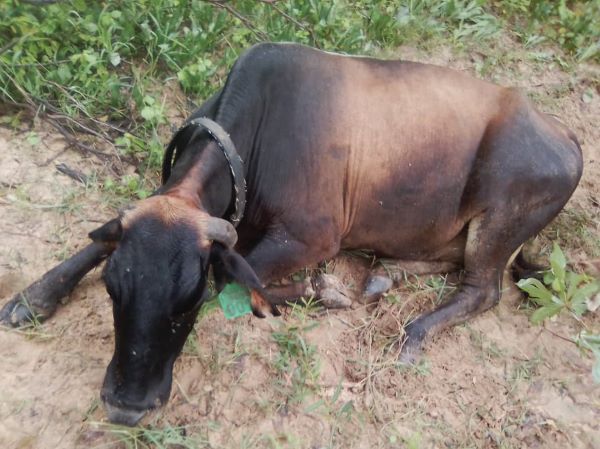 An unexpected discovery has led researchers from Kenya’s International Livestock Research Institute (ILRI) and the University of Edinburgh’s Roslin Institute in Scotland to identify a genetic marker that accurately predicts whether an individual cow will survive infection with East Coast fever. Making breeding programs possible that can improve the livelihoods of millions of small farmers.

According to ILRI, a serious disease of cattle, East Coast fever. Theileria parva is caused by a parasite and is transmitted by ticks, causing a form of leukemia.

He said it kills a million animals a year in 13 African countries where it is endemic, which is a cow every 30 seconds. These losses are valued at $300 million annually and can destroy the livelihoods of small farmers.

“If the cows are susceptible, without treatment you can lose 100% of your herd in two to three weeks,” says ILRI’s Phil Toye.

“Because it doesn’t affect wealthy countries, funding for research into the disease has historically been limited.”

However, ILRI says it is time-consuming to manufacture, and costs 10 to 20 times more than other common livestock vaccines.

“The other option is to regularly dip the animals in acaricides – pesticides that kill ticks – but this is also labor intensive, polluting, and in some places farmers have to drench their cows more than once a week. We are fighting to control this disease,” says Toye.

In 2013, an ILRI-Roslin team conducted an experiment at Kenya’s Ol Pejeta Conservancy to test how the vaccine worked when indigenous cattle grazed near buffalo, which also carry East Coast fever. Of the twelve vaccinated animals, nine of them died of the disease.

Nine of the twelve unvaccinated control animals also died. Tatjana Sitt, a postdoctoral scientist working on the project, happened to check her pedigree.

“He saw that the three survivors had the same father. We thought, is that just luck? Or is that really something worth pursuing? It was a very unfortunate observation,” added Toye

Now, in new work published by Roslin’s David Wragg, ILRI’s Annie Cook and colleagues have analyzed the DNA of this hardy cattle family in the context of clinical data from field studies and found a genetic marker indicating tolerance to East Coast. fever

“For growth, it doesn’t really matter. You just need a way to say, ‘This animal is good for breeding because its offspring have a chance of surviving the disease,'” Wragg said.

Further research is needed to determine the exact gene (or genes) responsible and their mechanism of action will allow scientists to edit the cows’ DNA to make them susceptible to disease.

“Further research is also needed to ensure that there are no unintended side effects associated with disease tolerance; for example, in humans, tolerance to malaria is associated with sickle cell anemia, which leads to other health problems. In addition, learning more about the genetic mechanism could help advance leukemia research in humans, says Toye.

“If this genetic trait is as effective as we think it is, and if we manage to express it in animals, and there is no major damage, it will provide a sustainable and cost-effective way to combat this major disease.” he added.