The theme of this year’s Africa Day — “Strengthening the resilience of the African continent in food and food security” — could not be more urgent.

Celebrated on May 25, but also throughout May, Africa Day honors the founding of the Organization of African Union in 1963 and offers opportunities to realize the potential of the continent and its diverse cultures.

Africa is the breadbasket of the world, home to powerful agricultural producers and hundreds of millions of smallholder farmers who anchor their communities and fill grocery store shelves thousands of miles away.

However, the increasing pressures of the COVID-19 pandemic, climate change and conflict have affected the production of farmers, both large and small. As a result, many African countries import large amounts of food to ensure that people can eat. With the recent Russian invasion of Ukraine, food availability has decreased and food prices have risen, putting millions out of reach. With little relief in sight, a rapidly growing hunger crisis is gripping the continent.

“Many African countries were already in a food crisis,” Lena Simet, senior poverty and inequality researcher at Human Rights Watch, said in a statement. “Rising prices are exacerbating the plight of millions of people pushed into poverty by the COVID-19 pandemic, and urgent action is needed by governments and the international community.”

The World Food Program reports that hunger in large parts of Africa could increase by 20% – affecting 174 million people – if the Russian invasion of Ukraine is not ended soon.

Even before the war, nearly two-thirds of people in Africa struggled to get a healthy diet, according to the Food and Agriculture Organization. This widespread malnutrition affects children in particular, creating debilitating health conditions and making it difficult for them to succeed in school.

Ending hunger and the food crisis is entirely possible. All people in Africa—and all over the world for that matter—can and must be given all the food and nutrients they need to thrive. 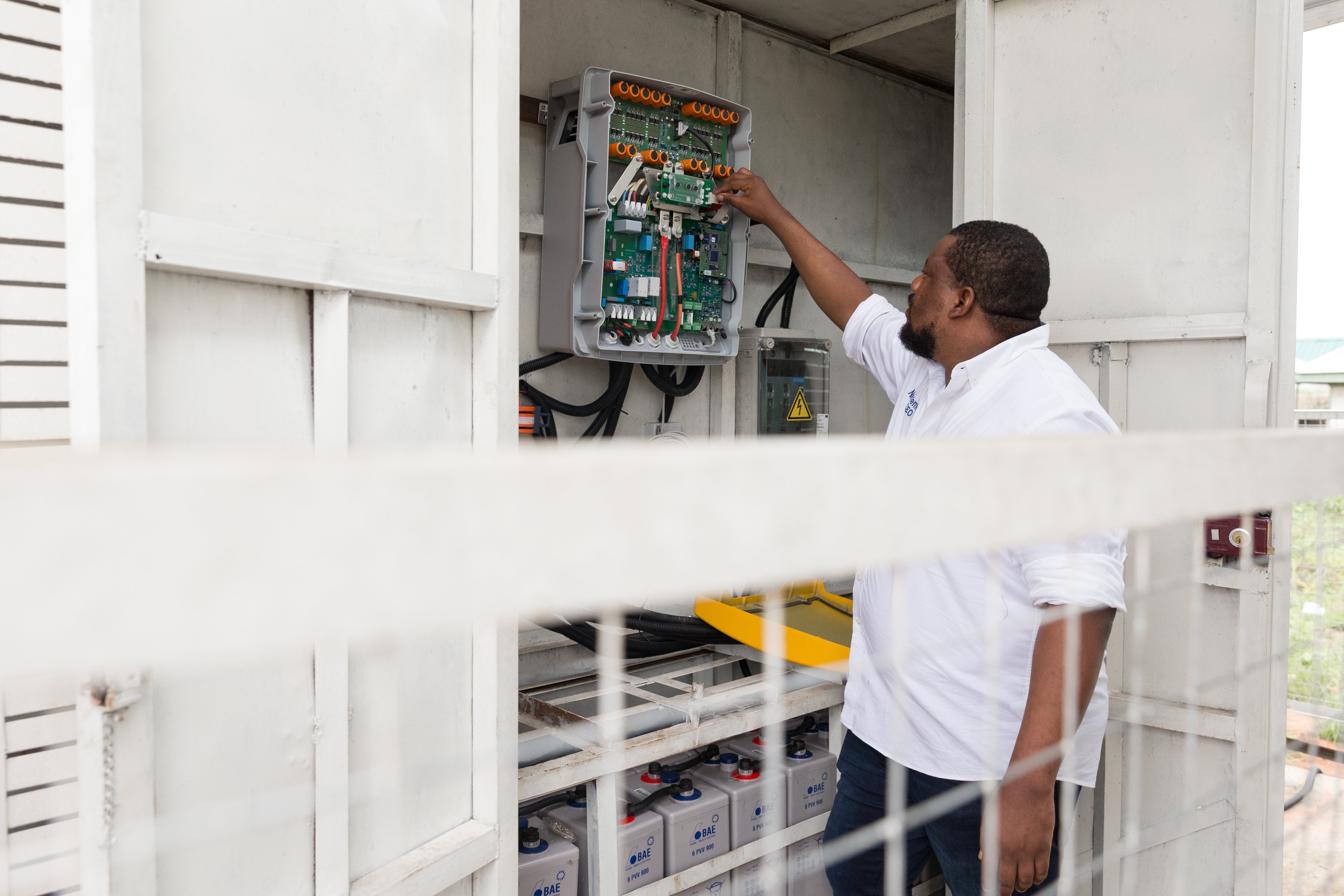 A major challenge for smallholder farmers in many African countries is the lack of electricity and fresh storage options. As a result, up to 40% of crops in sub-Saharan Africa end up rotting before being sold to the public. Across the continent, more than 572 million people lack access to electricity across the continent, according to the International Energy Agency.

Skhaftin Bus is a mobile grocery store that aims to provide low-cost food and promote plastic-free shopping. Over the course of six days, he made his way through inner-city Johannesburg to his new home in Grassy Park, Cape Town. Here’s the trip diary in one… https://t.co/LOGo8DSlgE

The COVID-19 pandemic has had dire consequences for communities around the world, especially those living in poverty. After South Africa imposed a lockdown to contain the public health emergency, more than 1 in 5 people in the country reported that they could not get enough food.

That’s when entrepreneur Ilka Stein decided to open a mobile food bus that would deliver meals to poor communities. Since it began driving through neighborhoods, the bus has helped alleviate hunger and provide families with nutritious alternatives to processed fast food. 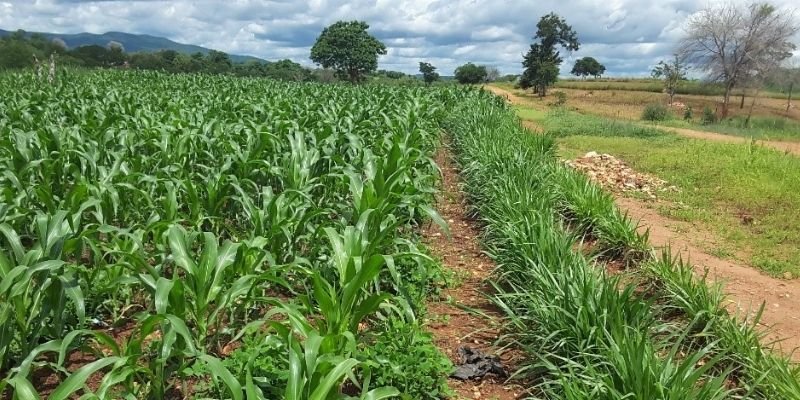 Blow-pull method in a corn field.
Image: AFRICAP via University of Leeds

Pests pose a constant threat to farmers around the world, and warming global temperatures have expanded their ranges and lifespans, putting more crops and livelihoods at risk.

In Kenya, scientists have developed an agricultural method that takes advantage of the inherent characteristics of certain plant pests to protect entire crops. To publicize the method, the team worked with developers to create a simple mobile app that advises best practices.

Initial results have been promising: farmers have reported a fivefold reduction in damage from a specific pest and an almost threefold increase in yields. 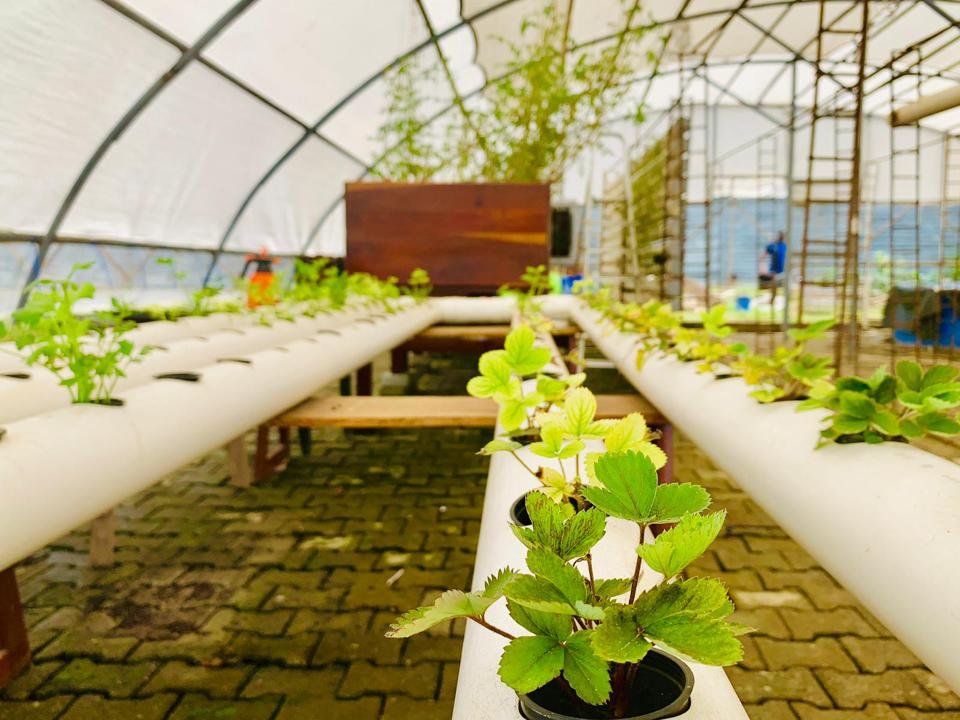 With increasing water scarcity in much of the world, farming on water seems like a waste of a precious resource. But aquaponic farming uses 90% less water than traditional methods, while being completely ecological.

In Guinea, two entrepreneurs founded AquaFarms Africa to provide affordable and nutritious food to communities and expand aquaponics opportunities for youth across the continent.